The Grid Kings app is for people who want to start and manage a sports pool based on a game called (American) football squares. This page explains the traditional gameplay of football squares. Future posts will explore how the same mechanic can be used for other sports.

HOW DO I PLAY FOOTBALL SQUARES?

Football squares, or “squares”, is a game where people pay for chances to win money or prizes based on the outcome of an (American) football game. We’ll run through the basics of the traditional gameplay and then go through an example. Examples are always the best way to learn. Examples are awesome. Like pizza, for example.

Every square now has a location on the grid defined by a numbered column and numbered row.

Before we walk through an example, we need to know what a “box score” is.

Okay, enough with the rules talk. Let’s walkthrough an example game of football squares as if we played it for the Pro Bowl shown above.

One of the reasons we love football squares is that it requires no knowledge of the teams or even the sport. Whereas, sports book betting and even fantasy football require effort to be successful, squares does not. That makes it the perfect game for casual fans or even non-fans.

Updated and better than ever.
Host your game

on iOS and Android 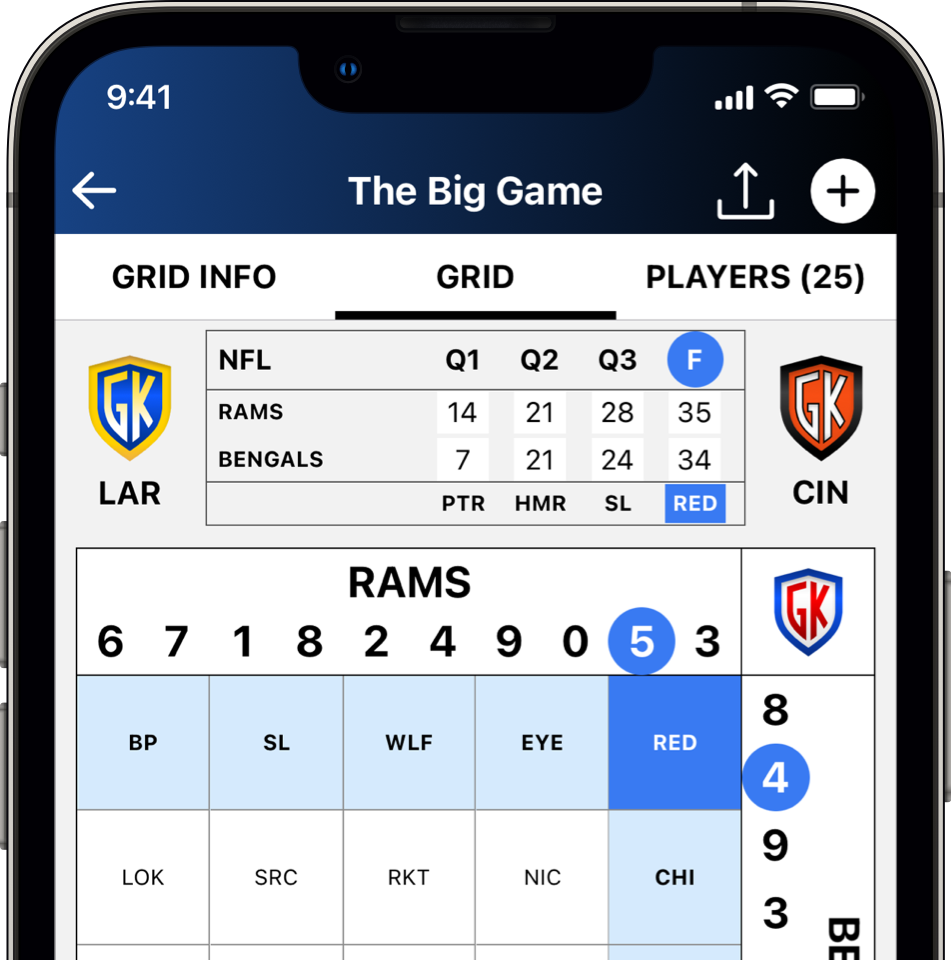 Still have questions, comments or suggestions? Send them our way!

HIT US UP!
Page load link
Go to Top